Guernsey works at THE GATE HOUSE GALLERY, Guernsey. 11-15 November 2016
​I’m returning to the island with the work made as Visiting Artist in March 2016.

below are selected pages from the ‘Guernsey sketchbook’, images from one of the locations I worked in and some of my resource material.

An introduction to the work:
​The sketchbook became my anchor, reference book and diary throughout the two weeks. Victor Hugo, his exile in Guernsey and specifically the novel ‘Les Travailleurs de La Mer’ informed where I went on the Island and how I observed this new environment. He dedicates the novel to the island and mentions two particular qualities that he associates with it:
harshness and gentleness.
‘ à l’ île de Guernsey, ‘sévère et douce’…mon asile actuel’…
The experience I had chimes with this: Granite and light. Ancient, igneous masses rising out of clear turquoise seas.

RESOURCE MATERIAL: Dedication of Les Travailleurs de La Mer(see text below), the narrative, the life of the author, Victor Hugo on Guernsey, the geology, the local materials collected on site…. 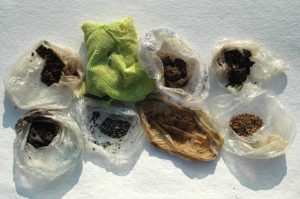 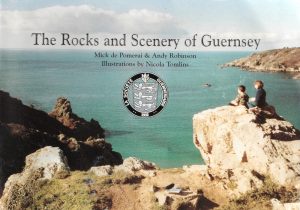 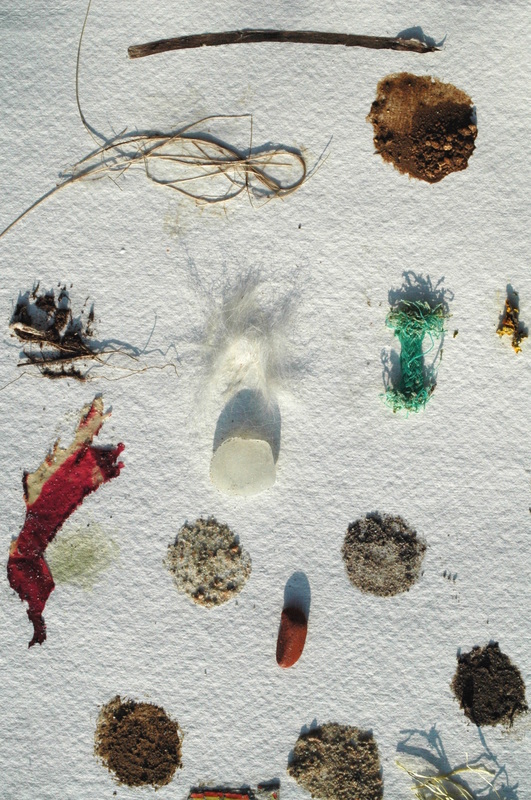 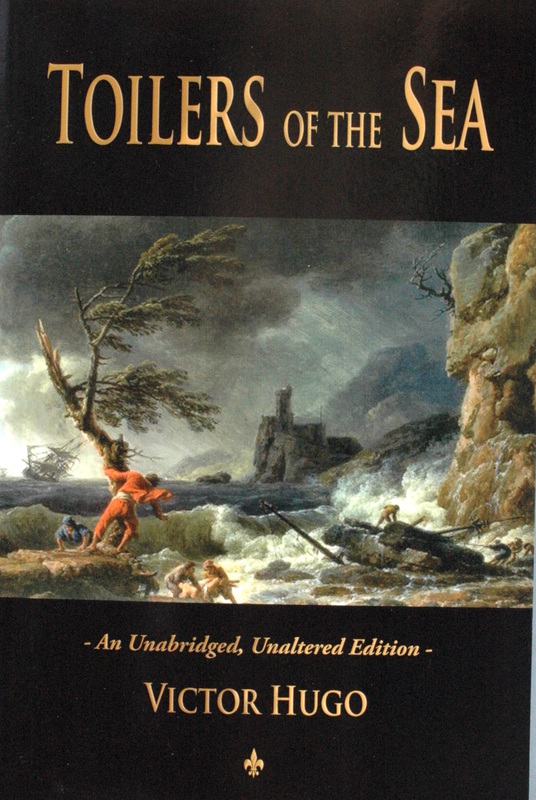 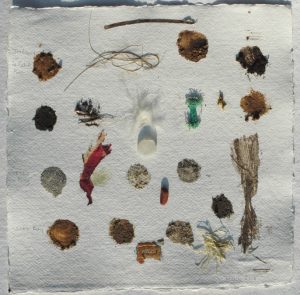 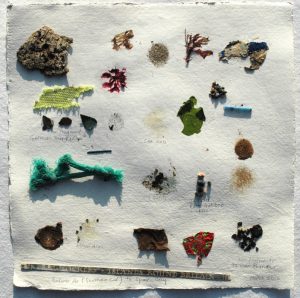 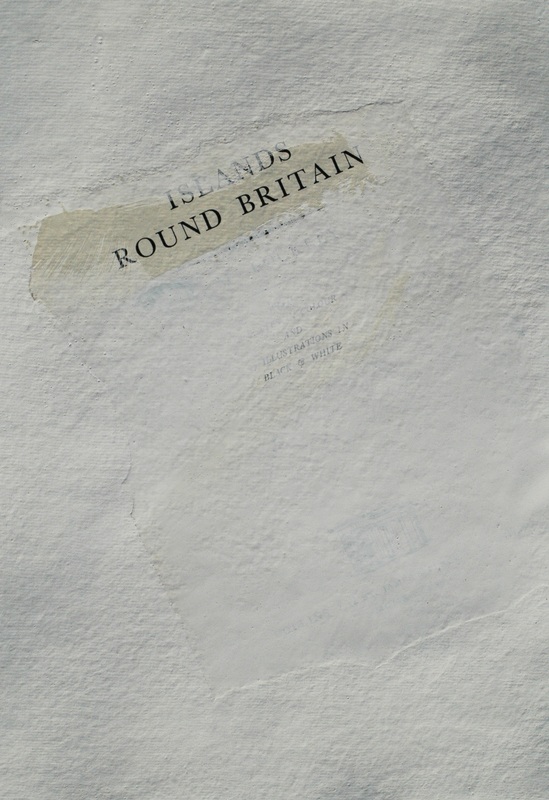 translated as ‘to the island of Guernsey, both harsh and gentle…my current refuge’. This is an extract from the dedication of Les Travailleurs de la Mer by Victor Hugo published in 1866**.

I’m writing this feeling a touch ‘spacey’ after a whole day working outside in Guernsey. It takes me time to ‘gather myself in’ again and adjust to subdued artificial light. The island sea light has been limpid and sparkling for most of the week.

I’m here on this 25 square mile of island at the invitation of The Gate House Gallery* having been awarded a research grant and an exhibition in November 2016.
I regularly leave my home studio base along the Jurassic Coast in West Dorset- often for a couple of weeks at a time- in order to immerse myself in a specific environment with focus. Over these last few months I’ve worked in Norway and Norfolk.

I think of my paintings as site specific in as far as they are made en plein air out of the stuff of the site: earths and litter. Exposed geology along coastlines offers a cross section of millennia of materials. I use water – based binding mediums to make the found pigments into paint and combine them with manufactured paint if the image requires it.
Every location offers its own palette and here in Guernsey, startling turquoise green seas meet 500 million year old metamorphic and igneous geology.

In the dedication cited above, Victor Hugo uses the words ‘sévère et douce’ to describe the island and I understand exactly what he meant- it chimes with the experience I’m having. Guernsey is studded with concrete and rusting relics of the German occupation. Gneiss and granite make excellent scrapers and forceful mark makers. I can use their coarse surfaces as I would a pestle and mortar rather than employ my usual cheese grater. I am finding gritty ocres, burnt sienas and umbers in the relatively younger sedimentary ‘head’ and raised beach deposits near the cliff tops (from the glaciation in the Pleistocene period).
Then there is the gentle mobility of turquoise water, island light and swift tides…

I brought with me a copy of Les Travailleurs de la Mer. It is a great story. The novel was written and set on Guernsey and most of the coastline of the island is circumnavigated at some point in the story. Every now and then I look out to sea half expecting to see Gilliatt the protagonist in his boat or The Cashmere setting out for Southampton with Gilliatt’s beloved Déruchette sitting on the deck with another man. The story is romantically tragic- full of nature’s fury and the sublime.
Hugo’s romantic excesses grow out of the attentive curiosity of an outsider. Although Hugo remained here as a political exile for 15 years- and I’m only here for 15 days, I’m also observing as an outsider.
However, when earths and the ‘stuff’ of place get wedged under my fingernails and smeared around on my paper, I cease to be outsider and become participant.